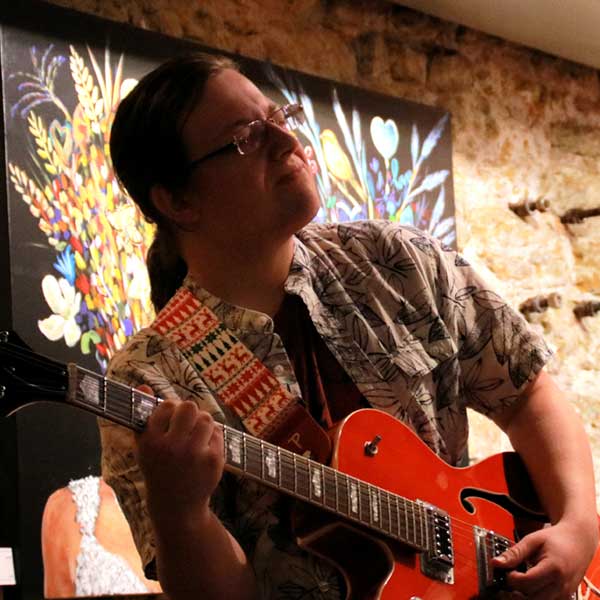 My musical journey started when I joined the Rock Valley Children’s Choir at the beginning of middle school. My involvement with the Rock Valley Children’s Choir has permanently altered the course of my life. In my time in RVCC, I have performed alongside many major groups, including Kantorei, the Singing Boys of Rockford, as led by Joel Ross. I have performed multiple times at the Coronado Theatre and at the Mendelssohn Performing Arts Center. Before joining the choir, music was of minute interest to me. My membership and volunteer work with RVCC showed me an entirely new direction in which to lead my life, and led me to discover what is now my prospective major. Since my time in the RVCC, music has become a subject of great intrigue for me. Attention is typically not something that which I have in excess except in the case of music; I usually tap out after fifteen minutes of pure focus on math, whereas I can concentrate on music for six hours straight; when I started to learn to play guitar, I was practicing music approximately eleven or twelve hours a day during the summers.

Today, I’m studying music theory and composition at the University of Wisconsin Whitewater. As of this semester, I just auditioned into the college’s Chamber Singers and Vocal Jazz Ensemble, where I’m excited to take on new challenges and push my vocal abilities. On guitar, I play in a local jazz fusion band, The Antitones. I have played a variety of styles of music, from metalcore to folk-rock, but I’m often told that my experience in the RVC jazz band and my time learning to play blues guitar shows in my guitar playing. With my guitar playing, I have participated in the local music camps, the Jam N’ Jazz Camp and the Rock & Roll Institute. Having prior interest in paleontology and much involvement over the years at the Burpee Museum of Natural History, I had thought trying my hand at becoming a Geology major was a natural next step. While Geology is still a focal point of mine, it is only as a potential minor. Music inevitably won my collegiate interest. I plan to achieve at least a Master’s degree in Music Theory and Composition and potentially go onto the Doctoral level. I intend to either go into the commercial field of composition or eventually teach Music Theory to students who, like me, have a passion for music. Since my decision to focus on my musical education I’ve had plenty of ups and downs. I’ve had good class experiences and I’ve had bad class experiences, but I don’t regret a single one. I eventually graduated from Rock Valley College with an approximate final GPA of 3.94. Every choice I have made thus far has led me to where I currently sit, studying for a Bachelor’s degree in Music Theory and Composition. The road to my career in music may be rocky primarily due to my financial concerns coming from a low-income family, but I am excited to continue to learn as much as I can as I move towards my degree and towards the rest of my life.

The Rockford Area Music Industry, Inc. has awarded over $70,000 to over 50 students to support their desire to study music.

The Gary S. Wilmer Memorial Trust was established in 1996 to honor the memory and continue the legacy of Gary Wilmer by awarding scholarships to students who wish to pursue and education in music. Gary was the founder & publisher of RAM Magazine, a Rockford area music monthly, and a founding organizer of the RAMI awards. Joe Guzzardo, owner of Guzzardo Music, said of Gary, "He was thoughtful and sensitive, and thoroughly understood the problems and needs of local music and musicians." Gary could do it all, be it organizing benefits, booking bands, running sound or lights, helping new music club owners or encouraging new talent to persevere. As the president of his senior class at East High School, as a graduate of Rockford College and as a successful businessman, Gary's 43 years of living showed that education is a marvelous "conductor" of a successful musical life.

It is the sincere hope of the RAMI scholarship committee that the recipients of this scholarship will carry on Gary's legacy with pride.

- Be a college-bound student in Boone, Ogle or Winnebago County;
- Be 19 years old or younger as of the application deadline;
- Be attending or planning to attend an accredited two- or four-year college/university;
- Have a minimum GPA of 2.5/4.0;
- Demonstrate an ongoing commitment to further their musical education throughout college; and
- Be actively involved in school or community musical groups.
- Past recipients are not eligible to reapply.

RAMI funds several programs through The Music Academy in Rockford. Each student is nominated by the staff of the Music Academy and must demonstrate financial need. Scholarship covers one year of study.