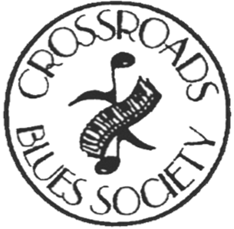 
Crossroads Blues Society, or CBS for short, is a 501(c)3 non-profit organization that primarily raises funds in order to host Blues In The Schools Programs in the greater Rockford area of northern Illinois.  These programs are fully funded by CBS and there is absolutely no cost to area schools for these programs.  We have done this since May 2002 and have done 587 programs for over 93,000 students in northern Illinois since then.   Founded in 1994 and incorporated shortly thereafter, we had our biggest year ever in the 2018-2019 School Year with 141 BITS programs for over 11,000 students and over 60 shows for the community!  Our 2019-2020 BITS year was cut short with the Corona Virus outbreak but we till managed to do 93 programs for 8,000 students. We were the 2014 recipient of the Blues Foundation Keeping the Blues Alive Award for Foundation Affiliates and were also inducted in to the Chicago Blues Hall of Fame in 2014.

Funding for BITS now comes primarily through profits from our festival.  In 2010, Crossroads embarked on their first festival effort since 1995.  The Crossroads Blues Festival, held on the Saturday of the weekend before Labor Day Weekend, was held each of the first four years in downtown Byron, IL. In 2014 it moved and was held at Lyran Park in Rockford, just south of the Rockford Airport.  Crossroads has had success each year in providing a great lineup and full day of music at a reasonable cost.  The festival features artists on stage and music workshops. The 10th annual blues festival was held on August 24, 2019 at Lyran Park.  The 2020 event was delayed to 2021. Check out the current and prior festivals at http://www.crossroadsbluesfestival.com/.

In 2013, Crossroads inaugurated the Field of Blues Festival at Rockford Aviators Stadium.  Actually located in Loves Park, the stadium offered a unique venue for blues fans as they could sit on field, in the stands or in one of the covered deck pavilions to enjoy the day. We repeated the event in 2014 and found that while it was a great event we had a difficult time planning and executing two festivals closed together so we will not be repeating this.  Go to http://fieldofblues.blogspot.com/ to read about this former event.

Crossroads also publishes a bi-monthly newsletter with articles, music reviews and other related information.  It is published and distributed to our members, record companies and other blues industry organizations.  It is published in full color electronically (usually between 32 to 44 pages) and in black and white as a 12 page hard copy.  Each issue usually contains about 30 reviews of recently released CDs, DVDs and books.

In October 2013, Crossroads held their first blues challenge and has held one annually since.  Crossroads also works with a number of local venues and organizations to produce a number of live music events each year.