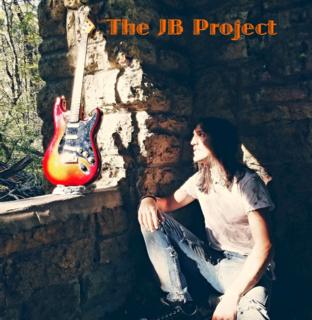 
The JB Project is an ever evolving musical endeavor not limited by typical restraints. Disregarding typical song structure, these songs flow by the emotion conveyed in the music and lyrics. Created, recorded, mixed and produced, in a bedroom, all by one individual, his songs sound original and break the box that music has been placed in. JB views and creates music as art - immersive, challenging, creative, expressive, soulful and truthful.

A life long obsession of creating original music, with band after band, was supposed to culminate when he received a bachelor's degree in 'Contemporary, Urban and Popular Music,' on the electric bass guitar, from Columbia College Chicago.

After the grueling task of classes and others' opinions, he was ready to unleash his talents on an unsuspecting world. However, the life of a budding musician isn't as easy as one would hope. After being fed up with countless bands falling apart due to creative differences or lack of dedication and motivation, he decided to be self reliant by creating and recording music entirely on his own.

Now, the weight of the world was really on his shoulders, so he decided to purchase an electric guitar and teach himself how to play it. After countless hours of practicing and honing new guitar skills, he began to write, record and release a few songs. For the first time ever, he was doing everything: writing all the music and lyrics, recording all vocals and every instrument and mixing all of the recordings. (Drums are custom programmed and mixed using Logic X but are still written by JB). He then wanted to become a better singer and emphasize more meaningful lyrics with powerful messages, so began taking vocal lessons with a professional in Nashville.

Making music, for JB, has been a life long learning process. He wants the listener to feel that they’re a part of the continuous growth of his project and musical process. JB’s goal is to raise vibrations through the power of music, to move other creatures on a spiritual, emotional and physical level due to the amount of love and positive energy that was transmitted into the universe when cultivating these sonic creations.